The story of May & Carter Oil Company is one that goes back beyond the name May & Carter.  Before that it was known as L.W. May Distributors where the primary operation was the delivery of gas, diesel, or kerosene via small tank wagons across a few counties in middleGeorgia.  This small operation was based in Jackson Georgia and operated through the 50’s and 60’s.  At this time the company operated with the assistance of Gulf Oil.

Over the course of this small operation Mr. May opened 2 stores in the Jackson area, one called the Big Gulf and one called the Little Gulf.  These stores were located about a mile apart from each other and the employees were in constant competition to see who could be the best.  Mr. May liked having young people around at the stores, and he often hired high school students to work at his stores.  He hired Johnny Carter to work at the Big Gulf and maintain it as a full service station, and at the time Johnny was 15 years old.

Johnny continued working for Mr. May as he got older and eventually was promoted to driving the delivery truck for the stores and for small local deliveries.  This continued even when Johnny went off to college, coming home on the weekends to work for Mr. May.  In 1971 Mr. May offered Johnny a chance to purchase half of the company, and thus was born May & Carter Oil Company.

The company began to grow with young leadership willing to take a risk here, a chance there.  By 1982 May & Carter had a series of Gulf Oil locations across several counties, and Johnny operated 3 of these.  The small truck deliveries were still a major part of the operation, but the company had expanded to include two tractor trailer rigs for the retail outlet product deliveries.  In 1983 Mr. May decided that it was time for him to move on and he sold out his half of the company to Johnny.

Since that time we have kept the name May & Carter Oil Company, and evolved to see Gulf change to BP and then BP merge with Amoco and become the BP that is known today.  The company has expanded its branded portfolio to include Shell Oil Company, Marathon Oil Company, Liberty Petroleum Company, and several other independent and unbranded fuel sources. 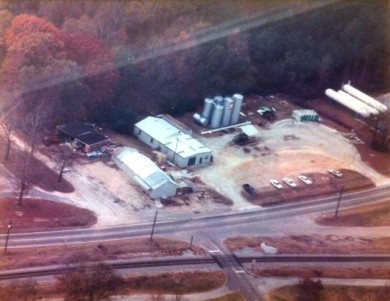 Changing with the times, the “bulk plant” part of the business that operated directly around the wholesale market of both fuels and lubes was phased out in the late 90’s, and May & Carter dedicated its time to fueling retail outlets or customers with larger storage.  Part of this change involved becoming more involved with assisting customers with equipment and helping them to improve their general operation.

In 2005 Johnny’s son John came to work in the office, and has immersed himself in the company’s operations.  This family run organization strives to provide its more than 120 retail customers with great prices, service, and quality products.  As the times have changed May & Carter has evolved with them and is equipped with the appropriate staff and technology to assist any part of the wholesale or retail gasoline sales.

Recommend this page
© May And Carter Oil Company